You may have already heard the buzz (off-screen) about the cast of the feature film, Don’t Worry Darling, but you may wonder: are all the controversies and videos like that about “Spit-Gate” and “Miss Flo” more interesting than the movie? Before answering that question from my world, after seeing the film before its release, let’s go over the real-life incidents that happened off-screen. Firstly, it was reported that in 2020, during production of Don’t Worry Darling, that the Director and supporting Actress, Olivia Wilde, supposedly mentioned to Variety that actor Shia LeBeouf, who was to play the starring role of one of the main characters, Jack, was fired. Shia LeBeouf fired back and mentioned that he “quit” two days after a video, which Olivia sent, and he added that the real reason he quit was because her “actors & I couldn’t find time to rehearse.” Shia released the video to Variety, where Olivia was addressing him, seemingly referring to bad blood between him and actress Florence Pugh, who plays the main character, Alice. Florence was performing opposite him as Jack’s wife in the film. Olivia says in the video: “You know, I think this might be a bit of a wake-up call for Miss Flo, and I want to know if you’re open to giving this a shot with me, with us. If she really commits, if she really puts her mind and heart into it at this point and if you guys can make peace — and I respect your point of view, I respect hers — but if you guys can do it, what do you think?” So, Shia denies getting fired and does not blame his departure on Florence, whom Olivia addresses with an attitude as “Miss Flo”, and it becomes a game of he said/she said, while the video catches eyes social media, leaving views wondering if they don’t get along or not. That is debated on the internet especially when at times, Olivia and Florence were seen in the Venice Film Festival weeks ago avoiding each other, except for when Olivia applauds on announcement of Florence’s performance. That is after recent sources have reported that supposedly there was a “shouting match” between the two on set. While it has been suggested that the triangle between Shia, Olivia, and Florence is one of no love lost, Olivia told Stephen Colbert on his late show which aired days ago: that she has respect for Florence. When asked if Shia was fired, she mentioned that he had to be replaced because he could not get along with Florence. Therefore, their contradicting versions carry on…and the triangle expands to a pentagon when footage emerges about more cast members. Superstar Singer and Actor, Harry Styles, replaced Shia LaBeouf to play the role of Jack and since production to the present, he has gotten non-stop media coverage about his relationship with Olivia Wilde. Speculations run wilder than Wilde’s supposed rants, leaving fans wondering: Are they or are they not together? Then when the supporting actor is revealed as the one and only stellar, Chris Pine, who plays the villain (named Frank) in Don’t Worry Darling, he is seen in interviews alongside Harry appearing to be bored and spaced out about Harry’s talk. Then when Chris appears in the Venice film festival, looking like a younger version of Val Kilmer with his long hair, and he takes paparazzi-like photos of Florence, who is Olivia’s supposed “nemesis”: a video would go viral shortly after, at some point when Harry Styles is taking a seat, because it is seen that Harry spits before he takes a seat next to Chris, with some media sources implying that is revenge from Harry for Chris taking “Miss Flo’s” side, among other theories. Whether Harry intended to spit on Chris or not, the incident known as “spit-gate” is discussed in the news and almost all media outlets. Chris’ Rep denies it, at least as an ill-will spit towards Chris, even though Chris is seen in the video reacting, surprised and even laughing at the unexpected spray from Harry. To stir the pot or show off his comedic skills, Harry shares in a concert, some days later, that he came from the trip after admitting to “spitting on Chris Pine”. There were memes poking at the oddities of the festival, stirring from Chris Pine’s hairstyle, his spaced-out facial reactions, his supposed taking Florence’s side and his taped reaction to smiling after the biological spray landed on him. There were even memes about his looking away when Harry would talk on interviews. While everyone is entitled to their opinion, I think all the incidents were blown out of proportion and for the record I admire the actors. Tensions could not have been so bad because after all-they did get through finishing the film (except Shia, who at least made his truth be told). Ultimately, If they wanted attention, they certainly all got it…and no matter what they are banking on people to see the film as a result.

After the film ended, I noticed that for the first time after seeing many pre-screenings before: I did not hear any applause, despite the movie getting 4-7 minutes of applause or a standing ovation at the previous Venice Film Festival. Some audience members were confused and called the film disturbing but I took the liberty to help answer some questions about the mysteries revealed of the ending. I know that I certainly did not regret seeing the movie and others did not leave early; so, those were good signs. On the observation of gender roles, both on and off set, there were touches of women empowerment shown, from the screenwriting and directing credits for females, to the role played by British-Asian actress, Gemma Chan, introduced before as Shelley, who ends up stabbing Frank and ending her entrapment. It’s symbolic to women’s civil liberty that Florence and Gemma portray strong women and the characters they played break free from their captors. But the story is does not appear to be fully original as the it is like The Stepford Wives meets The Matrix. Regarding review of diverse casting and story representation: it was disappointing that the cast is neither diverse enough, compared to representing populations in its location, the U.S., nor the few minorities casted are on air enough time to majorly contribute to the story. Then when there is one Black and beautiful supporting actress who plays the role of Margaret (Kiki Layne), sadly she is chosen to play a stereotypical crazy person who is subdued at some point in the plot, which in real life adds to the statistics (over the years) of what sometimes happens in stories to characters played by Black, Hispanic, and Native American artists, to name a few. They are typically portrayed on a negative light or have a doomed fate. It is sad to see that at times the statistics fall back like a pendulum. But if ever there is help wanted to turn the tide, then I know many in diverse groups who want to be a part of the change.

In the meantime, I believe the film has it’s entertaining moments, including: 1) the sexy chemistry and illusion of love between Alice and Jack, 2) the old Hollywood escape to beautiful Californian scenery that makes you wish you could live there, and 3) the plot twists mounting to the tragic truths, resulting in a suspenseful race for survival, up to when Alice has to take a stand. In addition, the performances of Chris Pine, Harry Styles, and Florence Pugh stood out more so than the others to be brilliant as their roles stir up the challenges that the racy triangle have in the story. But some scenes dragged for too long on the suspense, making this film approximately 2 hours and 3 minutes and the sounds, at times, where so annoyingly loud, with buzzing and breathing sounds that could have been replaced with fluid music instead. In short, if you like psychological thrillers with an open ending, has good-looking or well-known stars casted, and you appreciate beautiful cinematography set in pretty locations, then see Don’t Worry Darling. 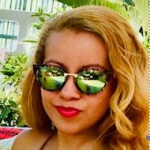