As a life long resident of Brooklyn, namely Bushwick and Fort Greene, I can say that I have seen the neighborhood change in a way that makes you take an introspective look at yourself. I could just write a piece that spotlights gentriﬁcation, the displacement of life long community residents or the inﬂux of a population of people that does not always value the members of the community that they are moving into. Instead, before tackling those issues I again go back to self reﬂection and using what is happening around you as a reﬂection of the people immersed in the community.

In Fort Greene for the last 15-20 years there has been numerous high rise buildings and new businesses constructed that represent a new Brooklyn. These buildings mostly offer 24 hour doormen, a ton of amenities and sometimes a separate entrance for low income residents. This leads to a question I ask many of the residents of the neighborhood I have known since my age was in the single digits. I ask “What does it feel like to see all of this economy, construction, commerce and advancement, and to have no connection to it” It is happening all around you and all you can do is look at it, watch it, watch others come in and beneﬁt from it, but you are not included. What does that do to a person over time, to feel completely helpless in how the world around them, that they live in looks, I do like some of the additions to the neighborhood but at what expense? Many people have lost what they call home because they are priced out of being able to live there.

On the corner of Saint Felix St. and Dekalb Ave in Brooklyn was a corner store that has been there for the 30+ years I have lived there, this year it closed because the landlord decided to raise the rent from 5k to 15k per month, three times the original rent. This is the New York City we live in, where greed TRUMPS everything. So when you look at yourself in retrospect, Are you in a position where these changes don’t effect you, or even beneﬁt you. Are you a home owner? Your property value has increased and that is a good thing, Are you a business owner and the inﬂux of people in the neighborhood has given you a richer customer base, or are you in a position where rising rents do not affect your ability to live in the neighborhood. When you look at where you stand in the face of gentriﬁcation and the rising cost of living in Brooklyn, it makes you address your own accomplishments or shortcomings, you say to yourself “Why don’t I have enough money?

Why can’t I afford to live here? Have I failed at being successful?” This is another very real impact of economic disparity.

To me Fort Greene has always been special, I learned a lot about living with all types of people. To me the neighborhood represents one of the most diverse melting pots I have ever seen, it is a neighborhood where there are wealthy people living on the same block as economically challenged people, and everyone co-exists.

Growing up in the neighborhood, I watched Spike Lee grow his ﬁlm career. Spike would throw a block party that attracted everyone to hangout on Dekalb Ave., From Jay-Z to Denzel Washington just hanging out on the street having a good time and everyone lived together and enjoyed it (And the police were not summoned from a frightened neighbor).

“This was and still is Brooklyn’s answer to the Blackness of Harlem”.

Fort Greene is like that for us, to this day we can still party in Fort Greene Park to the sounds of House Music or dance to a Prince Tribute organized by Spike Lee. There is also a huge creative conglomerate that thrives in the neighborhood and although many of the local creatives may have been priced out and relocated they still return with products or exhibits that continue to remind us that they are still there. I have personally been a part of many of the local taste makers that have helped to maintain the neighborhoods prominence, from Production managing for the Red Velvet King Cake Man Raven, to presently handling operations for the Fort Green staple and natural juice maker Coconut Rob.

I personally have mixed feelings about the state of Neighborhood, the borough and the city as a whole. I am for the advancements that come with the future, change is inevitable, my qualms come from the segments of the population that are taken advantage of disregarded or degraded as the change takes place. The Blue print of modern capitalism seems to be in order for one side to be up the other has to be down, and once down they are kept down.

So with the new Brooklyn remains old ideologies, this train of thought and abusive systematic tactics will result in a beautiful exterior with an underbelly of disparity that is designed to remain in place forever. I love Brooklyn and I love where my life is, but in retrospect Who am I if I don’t stand up for the right thing. Your neighborhood should make you look at yourself, I know my neighborhood does. 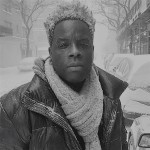 Zaire Baptiste is a Brooklyn Native, an activist and content creator who helms a streaming television station, SeMeTV. As one of the most sought after Production Professionals in NYC, Zaire spends his time creating brand campaigns and training and educating young men of color to work in the ﬁeld, employing them on his productions. As an avid writer, you can ﬁnd journalistic contributions from Zaire, on topics ranging from ﬁdelity to economic awareness.

This author does not have any more posts.

Zaire Baptiste is a Brooklyn Native, an activist and content creator who helms a streaming television station, SeMeTV. As one of the most sought after Production Professionals in NYC, Zaire spends his time creating brand campaigns and training and educating young men of color to work in the ﬁeld, employing them on his productions. As an avid writer, you can ﬁnd journalistic contributions from Zaire, on topics ranging from ﬁdelity to economic awareness.

This author does not have any more posts.